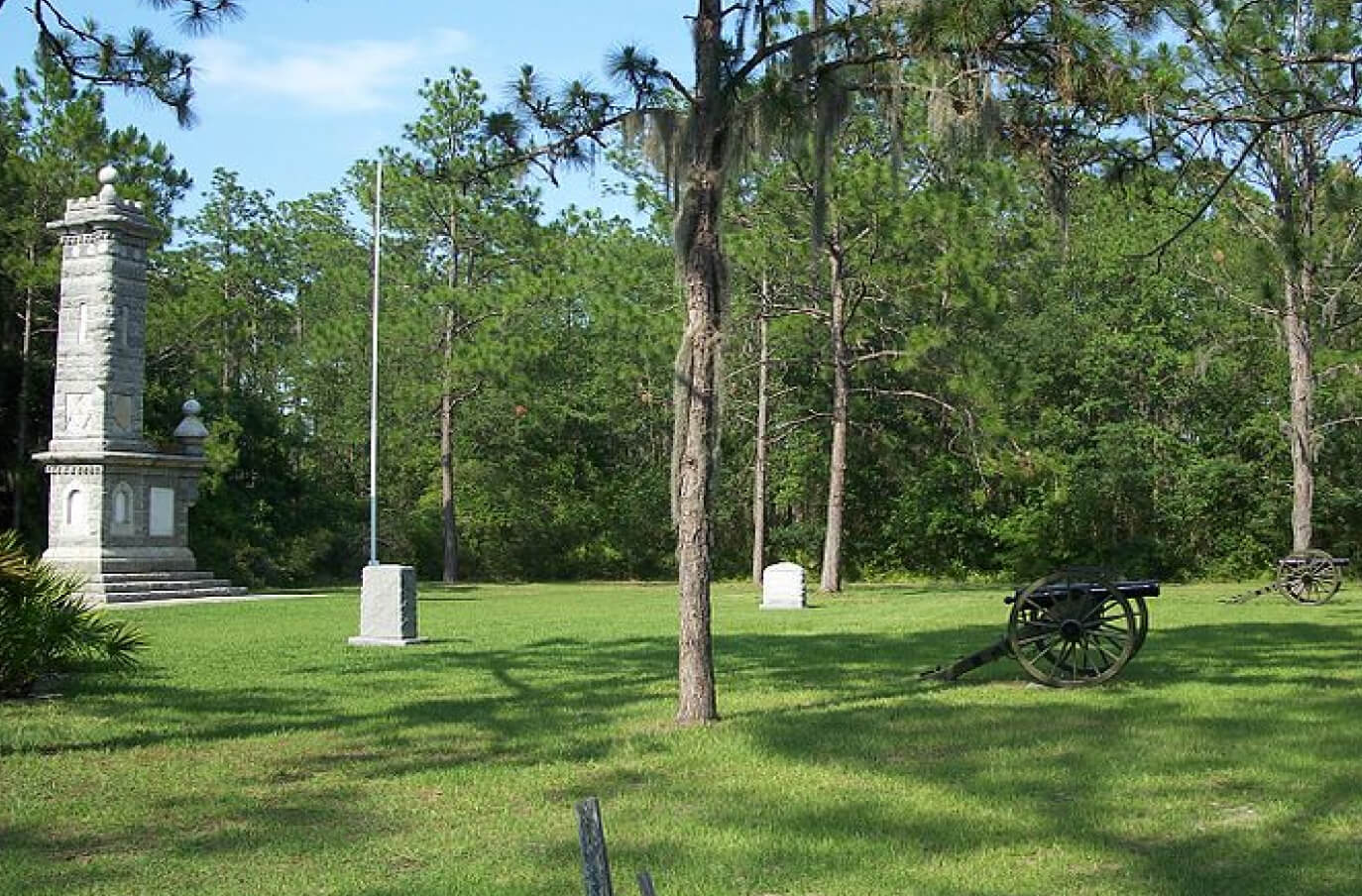 If you’re familiar with Florida’s history, then you’ve heard about the famous Battle of Olustee, where Union and Confederate soldiers fought in 1864. Commemorating the site of Florida’s largest Civil War Battle, Olustee Battlefield is also the state’s first historic site. Today, Olustee Battlefield Interpretive Center is the place to go to learn all about the ill-fated battle. The center displays artifacts left behind by the soldiers such as ammunition and revolvers. You are invited to watch a short video documentary to learn about the battle, what led up to it and how the soldiers conceded.